To share your memory on the wall of Thomas Anderson, sign in using one of the following options:

To send flowers to the family or plant a tree in memory of Thomas Wayne "Tom" Anderson, please visit our Heartfelt Sympathies Store.

Print
ALL SERVICES WILL BE PRIVATE.

We encourage you to share your most beloved memories of Thomas here, so that the family and other loved ones can always see it. You can upload cherished photographs, or share your favorite stories, and can even comment on those shared by others.

Posted Feb 11, 2021 at 05:44pm
R/Chief Tom Anderson I remember him walking in the evenings after a day in the office or before a council meeting. He was a very positive person. I am sorry to hear of his passing . Prayers for Paula and his family .
R/Sgt. Linda Riseling Lawless
Comment Share
Share via:
AD

Posted Feb 03, 2021 at 05:45pm
Thank you for loving our Paula the way you did. You made her so happy. The happiest she's ever been. We are blessed to have known you. ❤️
Comment Share
Share via:
RH 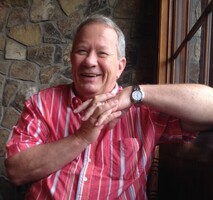